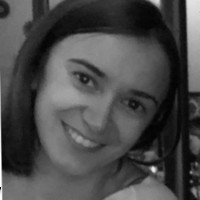 Daniela Bacheș-Torres is an Instructor with the American Public University (APUS) and an Intelligence Analyst working in the Private Sector. She is also a doctoral candidate at Brunel University, UK, her research focusing on intelligence cooperation in the European Union. Previously, Daniela worked as an assistant researcher with the “Mihai Viteazul” National Intelligence Academy (Romanian Intelligence Service) in Romania. She worked as a researcher, trainer and assistant manager in various projects funded by the European Union, such as “Setting-up an Air-Marshal Training Center – ARMLET,” “Citizens Interaction Technologies Yield Community policing –CITYCoP,” and “ENLIGHTEN - European Legitimacy in Governing through Hard Times”. Daniela also initiated and leads the Early Career Scholars Group (ECSG), a junior scholars network running under the Intelligence Studies Section at ISA. 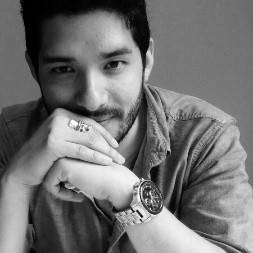 Efren R. Torres-Bacheș is a Senior Analyst with experience in intelligence, security and investigations. Efren currently works in the private sector where he focuses on monitoring and investigating entities to prevent violations of the US Office of Foreign Assets Control (OFAC) imposed sanctions and to detect potential instances of money laundering and/or terrorist financing. He is also the Manager of the OSINT & Intelligence Analysis Training Course offered in collaboration with RIEAS. Prior to his current roles, he worked as a Regional Intelligence Analyst focusing on drug trafficking organizations and anarchist groups in Latin America. Efren holds an MA in Intelligence and Security Studies from Brunel University in London, an MSc Econ. in Intelligence, War Studies and Terrorism from the University of Wales, Aberystwyth, and a BA in Cognitive Psychology from the University of California, Irvine. Efren also attended the University of Cambridge where he studied intelligence. He has authored articles on intelligence in the private sector and intelligence analysis. Efren is also an expert in developing intelligence units and associated practices in the corporate world.

Kishan Singh is a native from Kathmandu, Nepal. In 2018, he graduated from Mercyhurst University (United States) with a major in Business & Competitive Intelligence and a minor in International Relations & Diplomacy. Most recently, he interned at the UN Women headquarters under the Strategic Partnership Division. His goal is to bring a shift in the way intelligence is understood and used around the world.

Passionate about security, politics, and intelligence,Paul Müller has studied Crisis and Security Management, Governance and Public Policy, and International Relations at universities in Europe and Asia. He has worked in private intelligence and academia and is excited to pursue his scholarly endeavors in intelligence as part of the JEAIS-Team.

Philani Dhlamini is a graduate student in the Joint MA program between Leipzig University (Germany) and Addis Ababa University (Ethiopia) studying Global Studies “with a special emphasis on Peace and Security in Africa”. He holds a certificate in Political Economic Risk Analysis from Stellenbosch University (South Africa) and a BA in Social Sciences from Makerere University (Uganda). The focus of his graduate thesis is on the Committee of Intelligence and Security Services of Africa (CISSA) and its contribution to continental peace and stability. His research interests include International Organizations, Multilateral Security Cooperation & Interoperability, Security Sector Reform and Africa’s Peace & Security Architecture (APSA). Philani Dhlamini is also a member of the International Studies Association and has presented at the Tana High-Level Forum on Security in Africa, on the reform processes of the African Union.