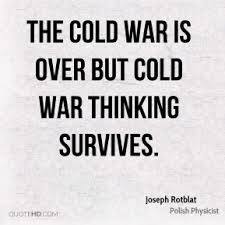 The Cold War between the United States and the Soviet Union entailed building up nuclear arsenals with delivery systems and then negotiating treaties of disarmament and non-proliferation. Simply put both sides realised that the weapons once deployed couldn't be used even to deter or win proxy wars and therefore their existence was more dangerous than any benefits that could be gained from their being. Mutually assured destruction (MAD) was the most likely result of any conflict escalation so at best the nuclear arsenals and their delivery systems gave their owners a feeling of security that they couldn't be directly attack. This was providing that the other side was rational to comprehend the consequences of nuclear annihilation...Read more 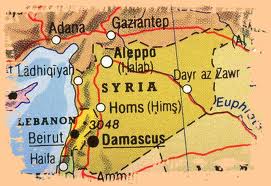 Note: The article reflects the opinion of the author and not necessarily the views of the Research Institute for European and American Studies (RIEAS).

In September 2015, Moscow announced the upcoming campaign in Syria taking a wide part of the public by surprise. Despite the progressive support since 2011 and the catalytic contribution of Russian advisors on June 2013 regarding the voluntary destruction of Syrian stockpile of chemical weapons –a decision that undoubtedly saved Assad’s regime literally in the last minute - no one could predict a straight Russian military intervention in Syria, especially in a moment that the record low oil prices and the EU sanctions have left the country’s economy bleeding....Read more 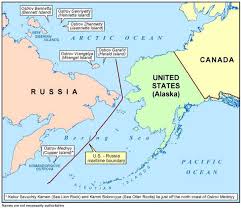 Note: The article reflects the opinion of the author and not necessarily the views of the Research Institute for European and American Studies (RIEAS).

In the last decade, Russia’s actions showed clear signs of her aspirations to re-assert itself as the major counterpart of the United States. Russia has ‘revamped its military, invaded two neighbouring countries, intervened on behalf of President Assad in Syria, and threatened NATO with nuclear saber-rattling, aerial incursions, and military exercises.’(RAND Corporation, 2016) Particularly since the 2014 invasion of Ukraine the relationship between the United States and Russia resembles that of post-Cold War. ...Read more

It is becoming increasingly clear that the West’s reconciliation with Russia will start from the eastern corners of the European Union. In particular, both the Estonian President Kirsti Kaliulayd and the Speaker of the Slovak Parliament, Andrey Danko, call upon the club not to antagonise Moscow. Truly speaking, these small but strategically located states have little influence in the foreign policy making of Brussels. However, it is clear that as the West's reconciliation with Russia finally gets under way, such normalization of relations originates in the eastern corners of the European Union. Read more 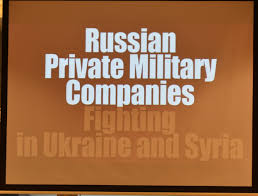 Ruslan Trad
(Freelance journalist and analyst with more than 10 years' experience in covering and analysis of MENA, Balkans, and Turkey regional issues. He is the co-founder of the De Re Militari Journal and the author of The Murder of a Revolution (2017)

“Private military companies” have been an essential part of Russia’s intervention in the Syrian conflict since Moscow’s widespread aerial and ground intervention in September 2015.

Even before that intervention, the PMCs were supporting pro-Assad forces on the battlefield. The most notorious is the “Wagner” Group, led by a former lieutenant colonel of the 2nd Spetznaz (Special Forces) Brigade of the Russian Main Intelligence Directorate (GRU). At the height of its deployment, Wagner had more than 2000 personnel on the ground to execute “sensitive operations”, augmenting Russian “advisors” and Assad regime detachments in reconnaissance and assault missions. The mercenaries also provided security for strategic sites and training of regime units. Other PMCs include the “ISIS Hunters” — who reportedly suffered losses when the US carried out airstrikes last week on pro-Assad forces attacking the Kurdish-led Syrian Democratic Forces in eastern Syria — and the “Turan” battalion. Read more 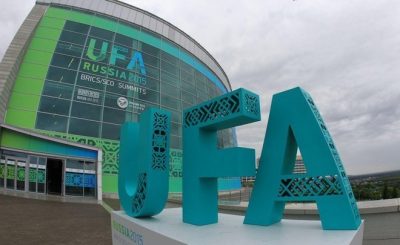 The tenth international meeting on security has just concluded in the Russian the city of Ufa. The forum has been under-reported, but it represents one of the few global examples of multilateral meetings between high-level representatives of countries that are in conflict. Hundreds of representatives from as many as 120 countries attended the meeting over three days to discuss humanitarian crises, hybridwarfare, terrorist threats and ways to recover from armed conflict.
Read more